Unable to resist the sound of the sea rolling onto the shore, Flynn has returned to Dwynllyr. But the tide had washed up a secret, which has now become part of that small Cornish town; a secret best forgotten.

Poseidon’s Standing Stones is part of the From The Corner Of Your Eye anthology, published by Great Old Ones Publishing:

“Just outside the limits of the human condition they lurk. Creatures of lore and legend, creatures of the cautionary tale, always at the ready to spring their trap upon men who would tread upon the dark recesses where those worlds intersect. Once revealed, they hack and slash into their prey of mankind leaving not a trace of where they came from or where they went. Those unlucky few who have faced them and lived bear the very real physical and emotional scars of their experience wrapped up in the sour realization that no one may ever believe them. Still, these men and women walk away with a gift, the ability to look into the darkness and see more than just swirling shadows, and to meet the gaze of the eyes that would look out from the abyss.” 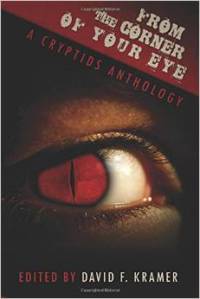